Popsicle stick catapult is a fun activity which doesn’t demand much of your effort or time but turns out to be a great Science fair project idea for kids. Though the experiment is simple, when young minds are at it, they might need adult supervision while hurling heavy objects. 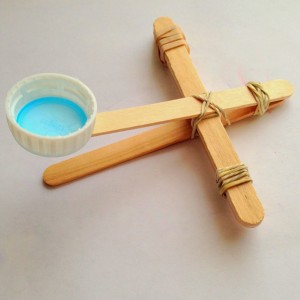 Homemade Catapult out of Popsicle Sticks 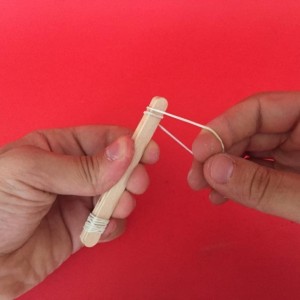 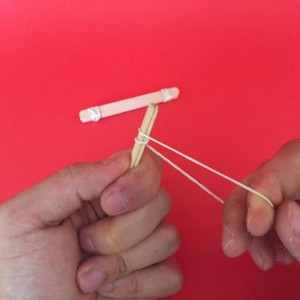 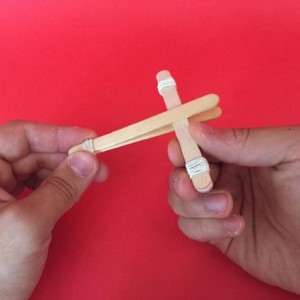 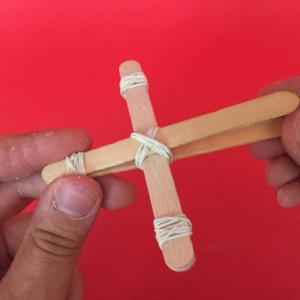 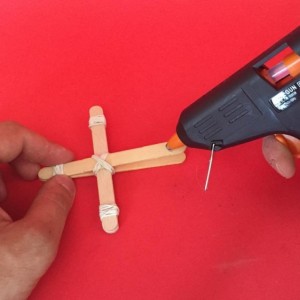 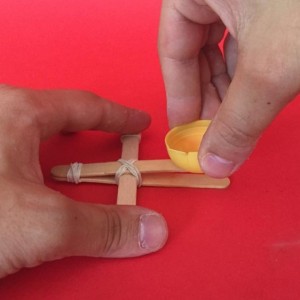 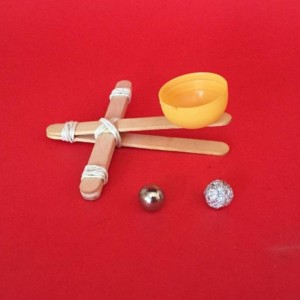 You can adjust the distance of the shot by setting the popsicle stick trio forward or backward in the gap. The shooting power can be altered by pressing harder or lighter on the uppermost popsicle stick.

An alternative to steps 5 to 7 would be to tie a plastic spoon to the upper popsicle stick with the help of a rubber band. Place a pom pom or aluminium foil roll on the spoon and shoot. 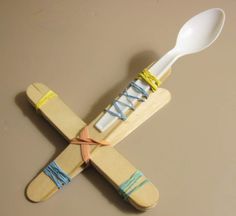 The catapult behaves as a lever. It involves moving a load, a steel ball or aluminium foil roll in this case, around a fulcrum or a pivot. The pivoting action is provided by the last junction made by the rubber band on your popsicle sticks, as described in the process above. The force required for the triggering action is provided by your hand pulling back on the spoon or plastic container as the case may be.

Catapults also apply the principle of conservation of energy. Potential energy gets stored in the rubber bands every time they are stretched. Even the flexing and bending of the wooden levers cause the catapult to gain potential energy. As soon as you release the plastic spoon, then all the stored energy gets converted into kinetic energy that hurls the ball through long distances. The higher the potential energy, longer is the distance that the projectile will fly. 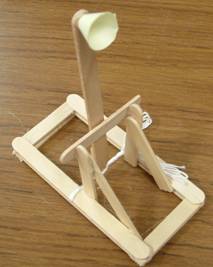 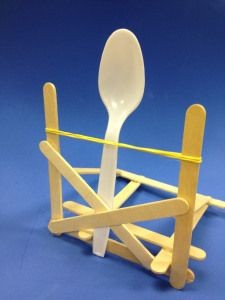 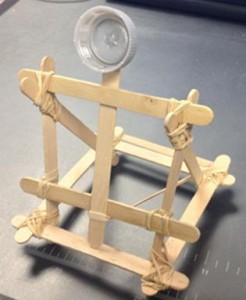 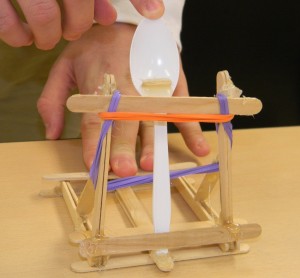 Hope you have a wonderful time while working on this. You can get kids easily engaged in this interesting project. It can also come in handy while trying to make high school students grasp the concepts of projectile motion.