The experiment allows kids to learn the basic concept of forces in physics in a very interesting way. Bridges are something that kids come across every day. The strong constructions that maintain mammoth loads on a daily basis. They should not crumble under pressure, lest they create havoc. The same criteria are applicable for bridges out of paper as well, albeit on a smaller scale. 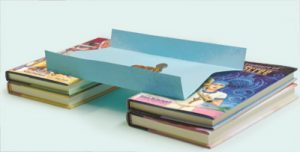 How to Make a Paper Bridge

What You Will Need

How Does It Work?

While involving themselves in the activity, children get to realize that not all shapes of the plain paper sheet work for the bridge. If it’s simply laid flat across the blocks, it sags under its own weight making it a given that it would not be able to hold up anything else. However, when it is folded into certain other shapes, there is a marked increase in its abilities thereby showing that something as fragile as paper gains the power to hoist heavier objects just by getting molded into certain shapes.

For example, when the paper folded into a series of triangles, it gains more strength as all the 3 sides of each triangle bears the load. In a square, however, only 2 sides bear the same load. A structure is strong when it can support its own weight as well as that of the load on it against gravity.

Educate children on the different designs of bridges like a truss, arch, suspension, etc. and what makes each one of them stable. Note the triangular design of a truss bridge helps to resist forces of tension and compression effectively.

Once you find kids getting confident with their designs, you can engage them in games where you specify the supplies like newspaper and masking tape, glue or paper clips only and the yardstick for measuring their strength. For example, it should be able to bear a water bottle or a rubber ball on it.

Here is a collection of designs that were some of the best ones in a recent paper bridge building completion. Instead of using one sheet of paper you may do this exercise with multiple sheets if you want. 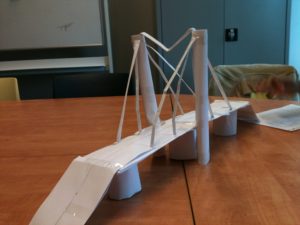 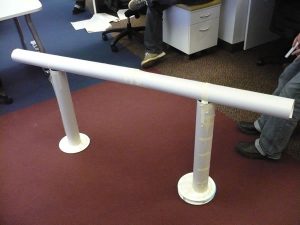 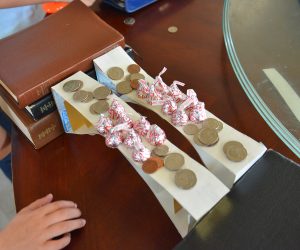 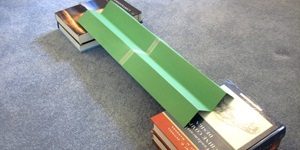 Sharpen the engineering and construction skills by introducing youngsters to this exercise. Throw them a challenge in the lab and let them come up with ideas. They can experiment with it at a science fair as well. In case time is short and it is a competition, they may come prepared with templates of plans that have worked to make the job easier for them.