Home > Science Fair Projects > How to Build a Toothpick Bridge

Toothpick Bridge is a great Science project to test your Physics and engineering skills. The way you design it is important because your bridge should have a proper balance while at the same time being sufficiently strong. You can choose to do an arched bridge or a regular rectangular one. Keep a few design blueprints handy so that you are equipped with a backup if one design fails to shape up according to your requirements. 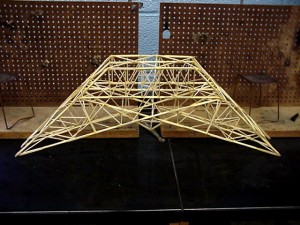 Before starting the construction, it is important to decide on the design of your bridge. For this, you can go through good books on bridges with illustrations. While almost all bridges have the basic structure of a deck (the horizontal surface you walk or drive on) supported by piers (vertical formations) there may be pronounced variations in their patterns. Enlisted here are a few common designs of bridges. Take your pick.

This one has a deck supported by an arch below it. The arch is built from either end of the bridge and can have a pillar or any vertical structure at its center. These bridges are suitable for shorter spans. In this connection, span refers to the distance between two piers, visit site. 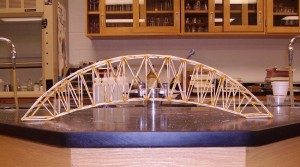 This bridge consists of a deck supported at its two ends by piers. A truss bridge is a befitting example of this type. A truss is a structure made of triangles which make it very strong to withstand heavy weights. Earlier we had wooden trusses which have now been replaced by steel ones. In your project, however, you will be making the trusses by joining toothpicks.

The deck of this bridge is suspended from cables by vertical suspender cables. The former cables run between towers which are built on the abutments at each end of the bridge. Abutments support a bridge on either side and connect it to the ground. These bridges can have very big spans. 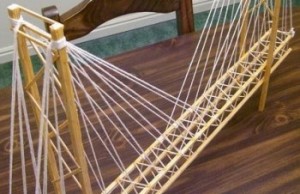 The strongest toothpick bridges have very big ratios of their own weight to the maximum weight they can handle. Organizers of most bridge-building contests rank these bridges, highly. It should also have the capacity to withstand tension, that is, the force which tends to pull apart or elongate the bridge. Another force to handle is compression, which tries to exert a push on the bridge and shorten it in the process. In addition to that, natural phenomena like wind currents, rainfall should also be combated. 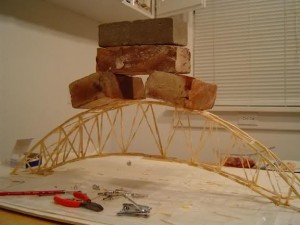 The various designs of bridges can be tried to see which structure gives maximum support. A beam bridge can hold up a great weight albeit for very short distances while suspension bridges can tackle tension and torque (turning effect of a force) effectively over a long distance. After construction, run proper tests to check the strength of the bridge.

Add a few weights to judge the capacity of the bridge. For instance, put coins or paper clips one at a time over the bridge to check. Don’t start by putting very heavy objects like bricks over it. It can collapse in no time and more than you not liking it, it’s not at all the correct way of testing the strength of your bridge. Use refined methods, like suspending a small plastic bucket from different points of the span to identify the weak points if any. Start with a small quantity of water and gradually increase the level.

While piling up coins at one point on the bridge, keep this in mind – real bridges mostly have vehicles running across them. Nothing heavy really stands on them for a long time. Hence, make amendments in your testing mechanism accordingly.

If you find any problems with the design, you need to add more buffering at the sensitive points or you might reconsider the design altogether, in case of large discrepancies. More than winning a contest, the motivation for building the best bridge should be learning how these useful constructions of daily life can be built with minimal materials but maximum strength.

Here are a few toothpick bridge plans in pictures. 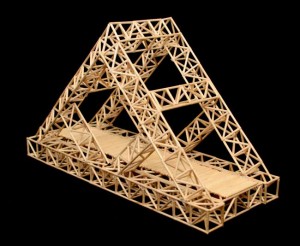 Bridge Made out of Toothpicks 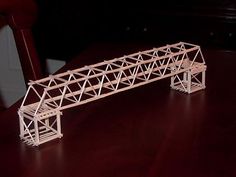 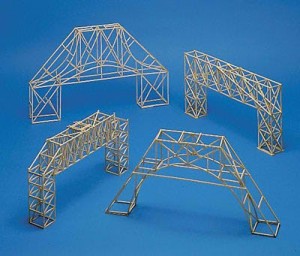 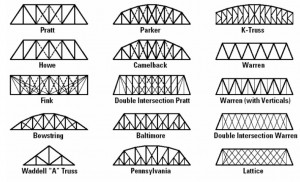 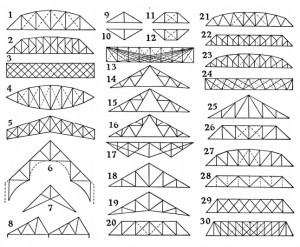 Hope you found this article useful and already have a design in your mind to start working on.